APT is proud to be a part of this program! 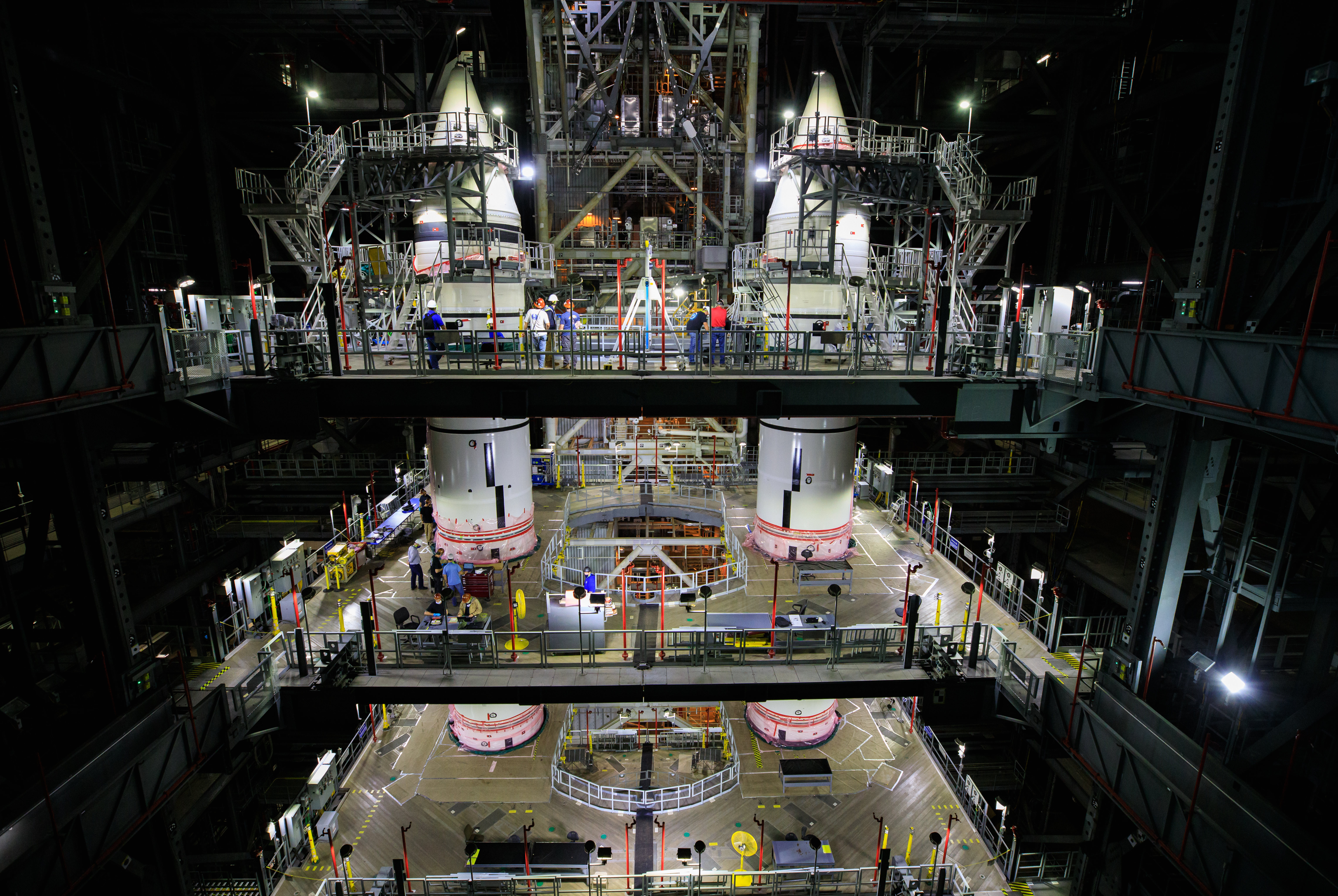 Stacking is complete for the twin Space Launch System (SLS) solid rocket boosters for NASA’s Artemis I mission. Over several weeks, workers used one of five massive cranes to place 10 booster segments and nose assemblies on the mobile launcher inside the Vehicle Assembly Building (VAB) at NASA’s Kennedy Space Center in Florida. Engineers with Exploration Ground Systems placed the first segment on Nov. 21, 2020, and continued the process until the final nose assembly was placed on March 2. Prior to the arrival of the core stage, the team will finish installing electrical instrumentation and pyrotechnics, then test the systems on the boosters. When the SLS core stage arrives at Kennedy, technicians will transport it to the VAB, and then stack it on the mobile launcher between the two boosters. The SLS will be the most powerful rocketÂ in the world, producing up to 8.8 million pounds of thrust during its Artemis I launch.

Artemis I will be an uncrewed test of the Orion spacecraft and SLS rocket as an integrated system ahead of crewed flights to the Moon. Under the Artemis program, NASA aims to land the first woman and the next man on the Moon and establish sustainable lunar exploration.